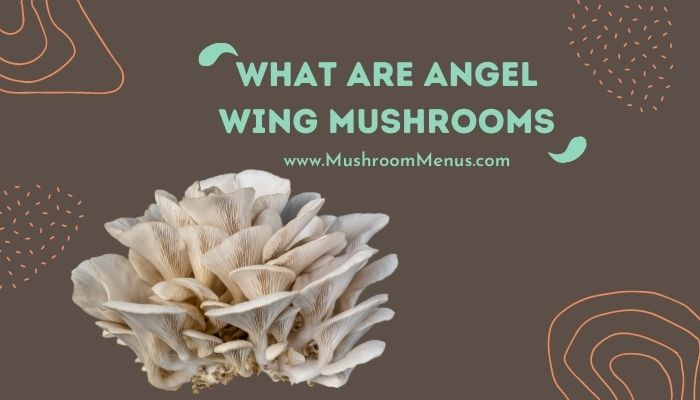 Angel wings are a beautiful species of fungi that was once regarded as a delicious and widely eaten food. Though today consumption of this mushroom is considered to be poisonous by some, so are angel wings actually edible?

The North American Mycological Association doesn’t recommend eating these mushrooms. Angel wings have been involved in multiple documented deaths since the early 2000’s, and new research shows that an unstable amino acid might be the culprit.

Though many still eat this autumn mushroom with no apparent health problems, most mycological experts agree that you shouldn’t. Let’s take a closer look at the angel wing mushroom and why it is considered potentially harmful.

For generations, people from countries all over the world, including the United States, Britain, Scotland, and Japan, have feasted on angel wings. It wasn’t until 2004 that people considered this mushroom to be potentially poisonous. Many people in Japan reported illnesses with similar symptoms that were eventually attributed to mushroom poisoning.

Known as the sugihiratake mushroom in Japan, angel wings killed 18 people between 2004 and 2009.

The first outbreak of incidents in 2004 involved 59 people who became severely ill, 17 of which resulted in death from renal failure or acute encephalopathy. In 2009 a 65 year-old man that was on dialysis also died from consuming angel wing mushrooms.

It should be noted, these people had eaten large quantities of the fungi, had an average age of 70 years old, and had previous kidney problems.

It is curious that all of these hospitalizations occurred in Japan when Pleurocybella porrigens is common in other countries. This suggests that some other environmental factor may contribute to angel wings being more toxic in this part of the world.

In these cases, consumption of angel wings caused poisoning of an unknown compound that led to kidney damage and brain damage. The patient’s symptoms continued to progress for 2-4 weeks before resulting in death.

A recent clinical analysis of the mushroom poisoning suggests that a toxin known as pleurocybellaziridine may be the causative agent. Cell culture studies of rats suggest that it can cause damage to brain cells and is thought to build up in the kidneys of individuals with prior kidney diseases.

How to Identify Angel Wings

With so many different mushrooms, it can be tough to accurately identify a particular species. However, considering location, appearance, spore prints, and other common species that look alike can be an effective way to know exactly what type of mushroom you have stumbled upon.

Though there are plenty of manuals and books on the market that cover fungal identification, having someone who is experienced in mycology identify your mushrooms is the safest way to protect yourself from consuming a potentially poisonous species.

Pleurocybella porrigens, also known as Pleurotellus porrigens, is commonly found growing in clusters on decaying coniferous trees, especially those within the hemlock family. These wild mushrooms have a wide range throughout the United States, prevalently growing all over the pacific northwest from northern California all the way up to southern Alaska.

This fungus has a smooth, funnel or fan shaped cap with white flesh and matching white gills. It is classified as sessile, meaning it has no stem. Typically they grow to 2-10cm, and when these mushrooms grow sideways the cap appears to look like wings, hence the name angel wing.

Angel wings can sometimes resemble oyster mushrooms (Pleurotus ostreatus), which are a very popular and edible species with a similar colored flesh. Oyster mushrooms tend to have a thicker flesh on the cap as well as a short stem.

Make sure you take extra care to ensure that you have properly identified any species you intend on eating.

Though they can be next to impossible to see without the aid of a microscope, the spores are smooth and round. If you place an angel wing cap on a piece of dark colored paper overnight, it will leave a white spore print.

Although humans have eaten Pleurocybella porrigens for many years, new research points to angel wings containing a toxin that can cause poisoning and a variety of unpleasant symptoms that eventually lead to damage of the kidneys, brain, and even to death.

Even though all documented deaths occurred only in Japan, it would be wise to stay away from eating this fungus and consider it toxic until further research can be completed.